Ask the Expert: What is Genetic Testing?

Heredity can play an important role in the development of certain cancers. Thanks to medical research we now have a deeper understanding of the link between genetics and cancer, and that certain types of cancers are more likely to run in families. A family history of cancer does not necessarily mean you’re at risk, but a genetics and risk assessment can help you understand your individual risk factors. Julie Thompson, ARNP-BC, a genetics nurse practitioner at the Helen G. Nassif Community Cancer Center tells us more about this powerful tool for preventing cancer.

How do genetics play a role in cancer risk?

Alterations, or mutations in our genes may increase an individual’s risk of developing cancer during their lifetime. If a family has a Hereditary Cancer Syndrome, these genetic changes may be passed down from parent to child. Having a hereditary cancer syndrome doesn’t mean you will get cancer, but your risk is increased.

Who is a candidate for genetic testing?

Anyone may be considered for genetic testing, but there are some “red flags” that increase the likelihood a family may have a hereditary syndrome. Some of those red flags include: cancer diagnosed under age 50, multiple people in the family with the same kind of cancer, family members with two different types of cancer, or a family member with a rare cancer. Some people choose to do genetic testing because they were adopted, or know very little about their family’s medical history.

What does the testing process entail?

A typical first consult lasts approximately an hour and includes building a family tree, looking at the cancers on both sides of the family, what types of cancer, and how old people were when they were diagnosed.  We discuss the pros and cons of genetic testing, what the answers to the tests may be, and most importantly, what you would do with those answers.  If an individual chooses to move forward with testing, either a saliva or blood sample is taken and sent to a genetics laboratory. Results typically are received in 3-4 weeks.

What happens when an individual learns they are positive for a genetic mutation?

Don’t panic! There are many things we can do to either diagnose cancer early, or sometimes prevent cancer altogether. Individuals with a hereditary cancer syndrome typically follow up with an oncologist. The oncologist is not only knowledgeable about hereditary cancer syndromes, but also coordinates the cancer surveillance and makes referrals to any additional needed specialties such as surgeons, gastroenterologists, imaging or gynecologists.

What advice do you have for people who are concerned about their risk, but hesitant about undergoing testing?

I would encourage them to make an appointment for genetic counseling. Our job during the appointment is to educate, not to push genetic testing. The decision to move forward with testing is completely up to the individual. After an appointment, most people feel much better because they understand genetic testing and what the benefit may be for themselves and their family.

Julie Thompson, ARNP-BC, is one of the genetic nurse practitioners at the Helen G. Nassif Community Cancer Center. She graduated from Troy State University. Julie is board certified by the National Certification Corporation. 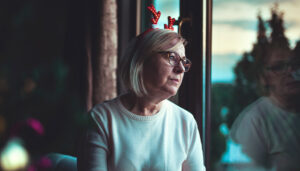 Ask the Expert: How to Manage Holiday Stress as a Cancer Patient 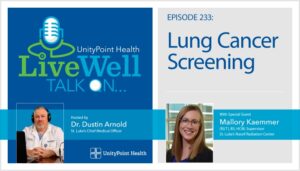 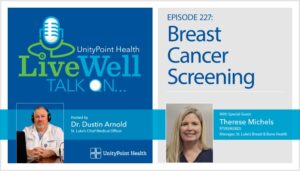