There are probably not many fungi you can feel so good about munching as the humble mushroom. Often considered a vegetable, mushrooms can easily transition from a salad bowl to a hamburger bun. In recent years, scientists have taken a growing interest in the potential health benefits of mushrooms. Research is now revealing that familiar mushrooms contain compounds that may help treat and prevent cancer, along with other chronic diseases.

This article comes from the American Institute for Cancer Research.

Not a Plant… not an animal…

For years mushrooms were categorized as a type of plant. With the discovery of the microscope, scientists discovered mushrooms share features of both animals and plants and a new kingdom was born: Fungi.

Mushrooms are a bountiful lot: there are an estimated 25,000 types. Some are poisonous, and others are simply not appetizing. Yet that leaves numerous edible and tasty varieties. The most popular mushroom by far in the United States is the white button (right), which accounts for almost 90 percent of all mushroom production. Much of the growth of mushroom consumption is in the more exotic varieties, such as portabella, shiitake and cremini. Then there are the mushrooms that are rare delicacies. The truffle (not the chocolate treat) is so prized it sells for between $300 and $500 per pound.

The Edible and Medical

Mushrooms are a good source of several B vitamins and essential minerals, such as potassium and selenium. Containing mostly water, they are low in calories and fat.

For thousands of years, Asian cultures have used mushrooms both as a food and medicine. Yet it is the common dietary varieties (see chart below) of mushrooms that have yielded intriguing health-related findings in recent years.

For example, mushrooms are relatively high in selenium, a mineral that studies have shown may help lower the risk of prostate cancer. One such long-term study found that men with the highest selenium levels were 48 percent less likely to develop advanced prostate cancer than men with the lowest levels. Preliminary research has also found associations between high selenium intake and reduced risk of colon and stomach cancer.

In 2005, researchers analyzing six mushroom varieties found they are rich in dietary fibers associated with lowering cholesterol and improving heart health. That same year, food scientists at Pennsylvania State University found that mushrooms are a better source of the antioxidant ergothioneine (pronounced erg-o-thigh-o-nine) than the two dietary sources previously evaluated as highest: chicken liver and wheat germ. Antioxidants can bind to reactive oxygen molecules and prevent the oxygen from inflicting DNA damage than can lead to cancer and other diseases. White button mushrooms contain about 12 times more ergothioneine than wheat germ and 4 times more than chicken liver. Portobello, crimini, shiitake and oyster mushrooms contain even more of the antioxidant.

Recent research at the Beckman Research Institute’s City of has led to promising anti-cancer properties of the most popular mushroom, the white button. Funded by an AICR grant, researchers found the white button suppressed the production of aromatase, a substance that fuels production of the hormone estrogen. High levels of estrogen are associated with increased risk of breast cancer in post-menopausal women. Follow-up lab research showed that shiitake, portabello, crimini and baby button mushrooms also inhibited aromatase activity.

In addition to the aromatase-inhibiting properties of the mushrooms, the researchers found that mushrooms lead to suppressing an enzyme that plays a role in the development of prostate cancer. With another grant from AICR, researchers are in the process of testing how different dosages of white buttons may slow prostate tumors in mice.

The numerous beneficial compounds in mushrooms are leading researchers down a variety of avenues. A major focus of past research that is under continued investigation relates to a type of carbohydrate in mushrooms, which studies have shown may slow growths that could become cancerous. Studies are looking into how mushrooms can aid cancer treatments by strengthening the immune system, lead to the death of cancerous cells and prevent these cells from forming in the first place.

As researchers continue to unravel the health benefits of these fungi, you can simply enjoy mushrooms for their taste and not focus on the hearty supply of nutrients and other protective compounds they contain.

Here is a chart from the NIH (National Institute of Health) with a list of more exotic mushrooms that have anticancer potential.

Where can you find these mushrooms?

They can be purchased online; usually in the dried form. Some local grocery stores will carry them fresh in season but may also carry the dried or jar form.  I have purchased dried mushrooms (variety pack) here in some of the Hy-Vee stores.

Dried Morel mushrooms deliciously pair with cream and white wine sauces. You can add them to veal, chicken, vegetarian, egg, and other gourmet dishes.

Click here for some other recipe ideas that aren’t just for Spring! 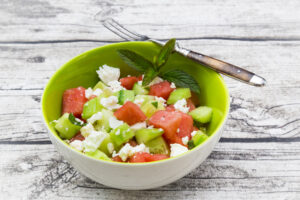 Watermelon Salad with Feta and Cucumber 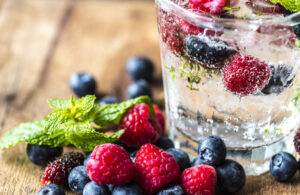 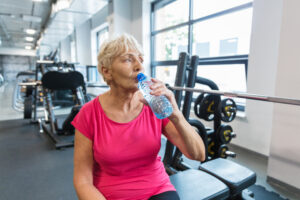 10 Tips to Stay Hydrated This Summer