Young and cancer are two words we don’t often piece together, unless we’re watching fundraisers for hospitals for children with cancer.  Yet, there are more and more people becoming afflicted with various types of cancer who are recently married, or have started the road to raising a family.

For the younger spouses who are just getting into what it’s like to be married, work, deal with health insurance, diagnosis is just as shocking and devastating as it would be for anyone.  But how can you navigate a healthcare system that has changed so much since your parents’ and grandparents’ time?  You may have selected a lower cost plan with higher deductibles in favor of helping pay your mortgage.  Some of the daring young forego insurance, equating youth with permanent health.  Insurance is only one of the tools needed when seeking treatment that one hopes will lead to recovery and cure.

To help the spouse who will help their partner through this time, Matt Herynk, Phd developed a website, www.youngcancerspouses.org.  For Matt, whose wife recently passed away from cancer in October 2007, he experienced the lack of resources for people in his age group.

Focused on keeping the caregiver both knowledgeable and supported, the website contains information on a variety of topics.  One of the important areas is showing the caregiver how to care for themselves.

The original project was a Yahoo.com Group, founded by Karen Schlowsky-Fischer.  Her husband Mark was diagnosed with an aggressive non-Hodgkins lymphoma in November 2003.  They had been married less than four years, and he was only 28 years old.

During this time in their lives as a young married couple, the focus should have been careers, stock options, and family planning.  Instead, their mutual focus became keeping Mark alive, and eventually well.  Karen worked to care for him, and learned the value of caring for herself as caregiver.  Without her strength, Mark’s ability to move forward would be changed.  Even when his treatment regimen stopped working after two months, their mutual resolve in caring for themselves as a unit allowed them to try other therapies.

The cancer came back, but Mark’s eight and a half month survival surprised his doctors.  His passing at age 29 in October 2004 in the home he shared with Karen was only one portion of the grief that is expected when a spouse
is lost.

Other Types of Loss

Karen and Mark lost a portion of their youth to this journey.  While people of their parents’ and grandparents’ ages might be able to call upon their children for help, they had none.  Friends and young married couples might be there for their friends, but unless they’ve navigated healthcare/insurance systems, they may just be a companion rather than a guide.

Grieving the loss of a future with the beloved incorporates the dreams shared, and also the secret ones that each spouse keeps until the time is right.  The possibility of loss doesn’t mean that one shares those secrets, either.  It may be something as silly as “I started saving so we can take a trip to Paris for our tenth anniversary,” when one has only been married a few years.  It may mean having to turn down a promotion that would have allowed for a move to another area.  While many spouses would research what the move would mean to their ailing partner, cancer is a life changing process that takes center stage.  For some, it may be easier to turn the promotion down and continue the battle in the same location.

Adding up all the variables for a spouse who survives the grueling regimens of therapy only to lose their loved one is difficult.  After the passing, the surviving spouse must begin anew, making decisions on whether to live in the same home and other decisions.

Friends and family may open their homes to the young widow(er), who may be in need of financial help after huge copayments for treatments and other expenses.  Still, a plan has to be made because initial hospitality can only last so long.  Even if Mom and Dad have the resources, they want their child to be able to live a full life.

In most cases, the married couple will talk some things out, maybe many things.  But when reality comes to pass, action is needed.  This is also where groups like Young Cancer Spouses can offer support.  In Karen’s case, she says the group gives meaning to what she and Mark went through.  “[It] helps support those who come after me on the journey of being a Young Cancer Spouse.”

Expectations For The Unexpected

Greg Johnson, Founding Director of Young Cancer Spouses, refers to his family as “the all American family.”  While after his wife Stephanie’s diagnosis, they tried to remain so, there were many things they didn’t expect.

Greg and Stephanie had been caregivers for his grandmother who had Alzheimer’s.  While they knew what a caregiver might be defined as in that situation, Greg especially got an expanded view.  “I didn’t realize how lonely the job can be.”  People suddenly became afraid they were imposing themselves.  While their intentions were good, no one seemed to know what move to make, including Greg.  “So we went for six months living in a bubble.”

Within the bubble, this couple found that they did argue more, and problems took on a new intensity.  The fortunate balance was that they made more time for one another, enjoying any time they had, regardless of whether it was a chemotherapy day, or a “good day.”  As he puts it, “Live each day with no regrets.”  This is how they managed to tolerate the increased tension, which included what and how much to tell their children.

Luckily, he found the online group and gained not only support, but eventually the mission that led him to be Founding Director.

Matt Herynk, Phd is a founding director along with Karen and Greg.  Matt’s wife was interviewed several months prior to her passing on October 6, 2007.

Kara noted that while Matt has spent time researching cancer treatment on a professional basis, they will have disagreements on how to proceed with her treatment(s).  It is one thing when both spouses are uninformed about medical treatment.  Often, they can learn together, starting at the same point (and sometimes still disagreeing).

While neither Matt nor Kara chose to indicate a “clear winner” in the debates, they did make it clear that both parties have something to offer.  In Matt’s case, it was especially true, because he was able to translate the mish-mash of terminology and offer concrete explanations.  Kara had the advantage of having an instant translator at her disposal.

The Young Cancer Spouses group tries to offer that to couples, and Matt continues to break down the jargon for members who need it.

This group provides a network to help individuals who are age 20-39, approximately.  While they have limited the membership to just spouses or partners undergoing this journey, they realize the information may be of use to friends or family.  Their focus is to keep the help where it was originally targeted:  the young spouse whose life partner has been diagnosed with cancer.  A visit to the site is worth anyone’s time, and there are blogs and links to other sites that will help anyone, regardless of the role they play in the cancer patient’s life.

This article was obtained from Caregiver.com, and written by Sandra Ray, Staff Writer.  You can find the original article along with other resources available through this site by clicking here. 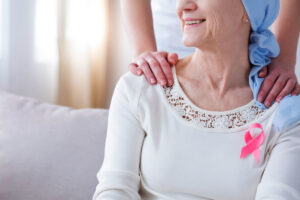 Reducing the Impacts of Stress On Working Cancer Caregivers 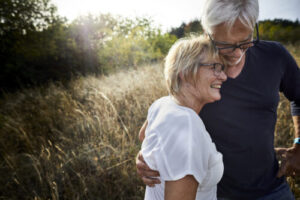 Preventing Burnout as a Cancer Caregiver 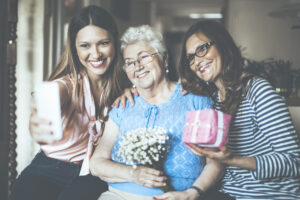 10 Tips for Caregiving During the Holidays