The Truth About Kombucha

Beth and I have received many questions about Kombucha over the years and we felt this article addresses this question well. Remember- it is safe if prepared properly!  This means sterilizing all jars and equipment; like when you are canning. SCOBY is an acronym that stands for symbiotic culture of bacteria and yeast. It’s the “mother” that you use for every batch of kombucha you make, and it looks like a round, flat, opaque-beige piece of agar (like what was in those Petri dishes in chemistry class). You can order a SCOBY, or you can make your own. But you have to have one in order to brew kombucha.

The Truth About Kombucha

What Are the Benefits?

Kombucha is a fizzy, sweet-and-sour drink made with tea. Many people say it helps relieve or prevent a variety of health problems, everything from hair loss to cancer and AIDS. There’s little scientific evidence to back up the claims, but some elements of the drink may be good for you.

The basic ingredients in kombucha are yeast, sugar, and black tea. The mix is set aside for a week or more. During that time, bacteria and acids form in the drink, as well as a small amount of alcohol. This process is known as fermentation, and it’s similar to how cabbage is preserved as sauerkraut or kimchi, or how milk is turned into yogurt.

Kombucha has been around for nearly 2,000 years. It was first brewed in China and then spread to Japan and Russia. It became popular in Europe in the early 20th century. Sales in the United States are on the rise because of its reputation as a health and energy drink.

What Are the Benefits?

Advocates say it helps your digestion, rids your body of toxins, and boosts your energy. It’s also said to boost your immune system, help you lose weight, ward off high blood pressure and heart disease, and prevent cancer. But there’s not a lot of evidence to support these claims.

Kombucha is loaded with sugar and caffeine, as well as B vitamins. It also has probiotics — the “good bacteria” that are considered helpful for your body.

Studies in animals show the drink lowers cholesterol and blood sugar levels, among other things. But, research hasn’t shown that it has the same effects in people.

Making kombucha involves letting bacteria grow in a liquid you’re going to drink. Much of the bacteria are considered probiotics, but if it’s not prepared properly, the drink can grow harmful bacteria or mold.

Since the mid-1990s, several cases of illness and at least one death in people who drank it have been reported. Ailments included liver problems, lactic acidosis (a buildup of lactic acid in the body), allergic reactions, and nausea.

The nonprofit product research group Consumer Reports advises against drinking it because of the risk of contamination and little proof of benefits. 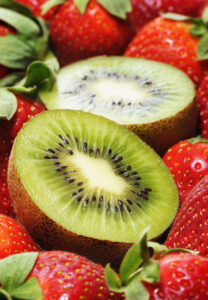 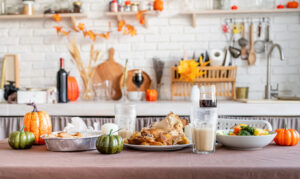 Here’s your recipe for staying on track no matter what’s cooking.