Lung Check can be a lifesaver
Quick, painless scan identifies cancer at its earliest stage

Pamela Hoffman of Marion started smoking when she was a teenager and continued to smoke for almost 30 years. Then at the age of 43, she kicked the habit for good. But Hoffman knew better than most all those years of smoking could eventually catch up with her.

“I lost two brothers and one sister to lung cancer,” says Hoffman. “When you have a family history like that, it’s a little frightening.”

In 2013, Hoffman’s daughter spotted a flyer about a new service at UnityPoint Health St. Luke’s Hospital. St. Luke’s Lung Check is a non-invasive test that uses a low-dose CT scan to provide detailed, three-dimensional images of the lungs. A 2011 study by the National Cancer Institute found screening could reduce lung cancer deaths by 20 percent.

Hoffman says, “My daughter asked me what I thought about it and I said it sounds great—sign me up!”

At the time Hoffman had the test, the lung screening was not covered by insurance so she paid the $175 fee. Today Medicare and most insurance providers cover the test for individuals who meet specific criteria. Andrea Watkinson, clinical services supervisor at the Community Cancer Center, says the criteria include being between the ages of 55 and 77, a current smoker or one that has quit within the last 15 years, and having at least a 30-pack-year history. Because Hoffman had quit smoking more than 15 years ago, she was considered lower risk, but her extensive family history of lung cancer offset that.

Hoffman’s first scan revealed a small nodule in her left lung. She was referred to J. David Cowden, MD, a pulmonologist, or lung specialist, with Respiratory and Critical Care Associates. Over the next two years, Dr. Cowden monitored the nodule through regular CT scans and a PET scan. Then a scan in March 2013 indicated the nodule had increased in size.

Hear From Our Experts

“Dr. Cowden suggested I have it removed,” recalls Hoffman. Because of the nodule’s location, it wasn’t possible to do a standard biopsy. Fortunately, Hoffman’s health made her a good candidate for surgery. James Levett, MD, a surgeon with Physicians’ Clinic of Iowa, removed the top lobe of Hoffman’s lung. Testing showed the nodule was indeed adenocarcinoma—the most common kind of lung cancer.

“Pamela’s cancer was discovered as early as you can find it,” says Watkinson. Because it was caught at such an early stage, Hoffman did not have to undergo additional treatment, such as radiation or chemotherapy. Dr. Cowden, pulmonologist, and Dr. Bharat Jenigiri, medical oncologist with Physicians’ Clinic of Iowa, will continue to monitor Hoffman closely through the Lung Care Clinic.

“If I hadn’t had the lung scan, we wouldn’t have known about the nodule,” says Hoffman, “and I probably wouldn’t have found out I had lung cancer until it had spread.” Today, Hoffman has recovered from her surgery and says “all the doctors gave me rave reviews.” She encourages long-time smokers, especially those with a family history like hers, to consider getting the Lung Check.

Lung Check is offered by the Community Cancer Center together with St. Luke’s Hospital, a Screening Center of Excellence, and is the area’s only American College of Radiology accredited lung screening CT program. For more information, call (319) 558-4876. 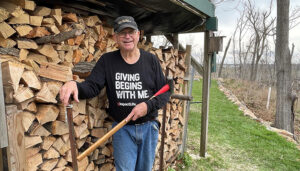 A cancer diagnosis can impact a person’s life in many ways, both during treatment and beyond. Cancer survivors may deal 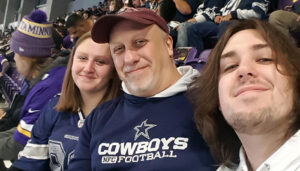 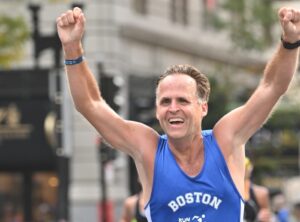