Approximately 85 percent of head and neck cancer is related to tobacco use of any kind. Frequent and heavy alcohol use is another significant risk factor, as is infection with cancer-causing types of the human papillomavirus (HPV).

The Community Cancer Center and specialists with Physicians’ Clinic of Iowa (PCI) Ear, Nose and Throat organized a free screening in April 2016, as part of Oral, Head and Neck Cancer Awareness Week. Forty-five individuals participated in the screening, 13 were scheduled for additional assessment and testing, and one individual was diagnosed with head and neck cancer and is undergoing treatment at PCI and  St. Luke’s Hospital.

“Oral cancer is most curable—when it’s caught in time,” says Andrea Watkinson, clinical services manager with the Community Cancer Center. “Too many cases aren’t detected until the later stages. If our screening finds even one cancer in time to save that person’s life, that’s what we’re here for.”

The Community Cancer Center, St. Luke’s Hospital and Physicians’ Clinic of Iowa specialty physicians take a multidisciplinary approach to head and neck cancer treatment. It can include surgery, radiation therapy, chemotherapy and targeted drug therapy, depending on the stage and location of the cancer. Oral cancer accounts for approximately three percent of all cases diagnosed at St. Luke’s Hospital.

80% Survival rate when detected in early stage (according to headandneck.org) 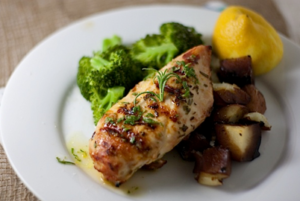 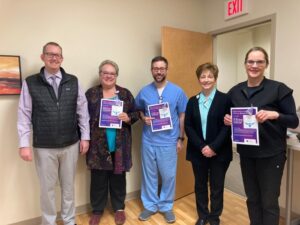 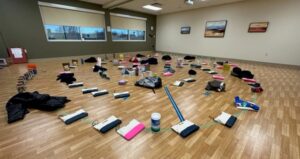